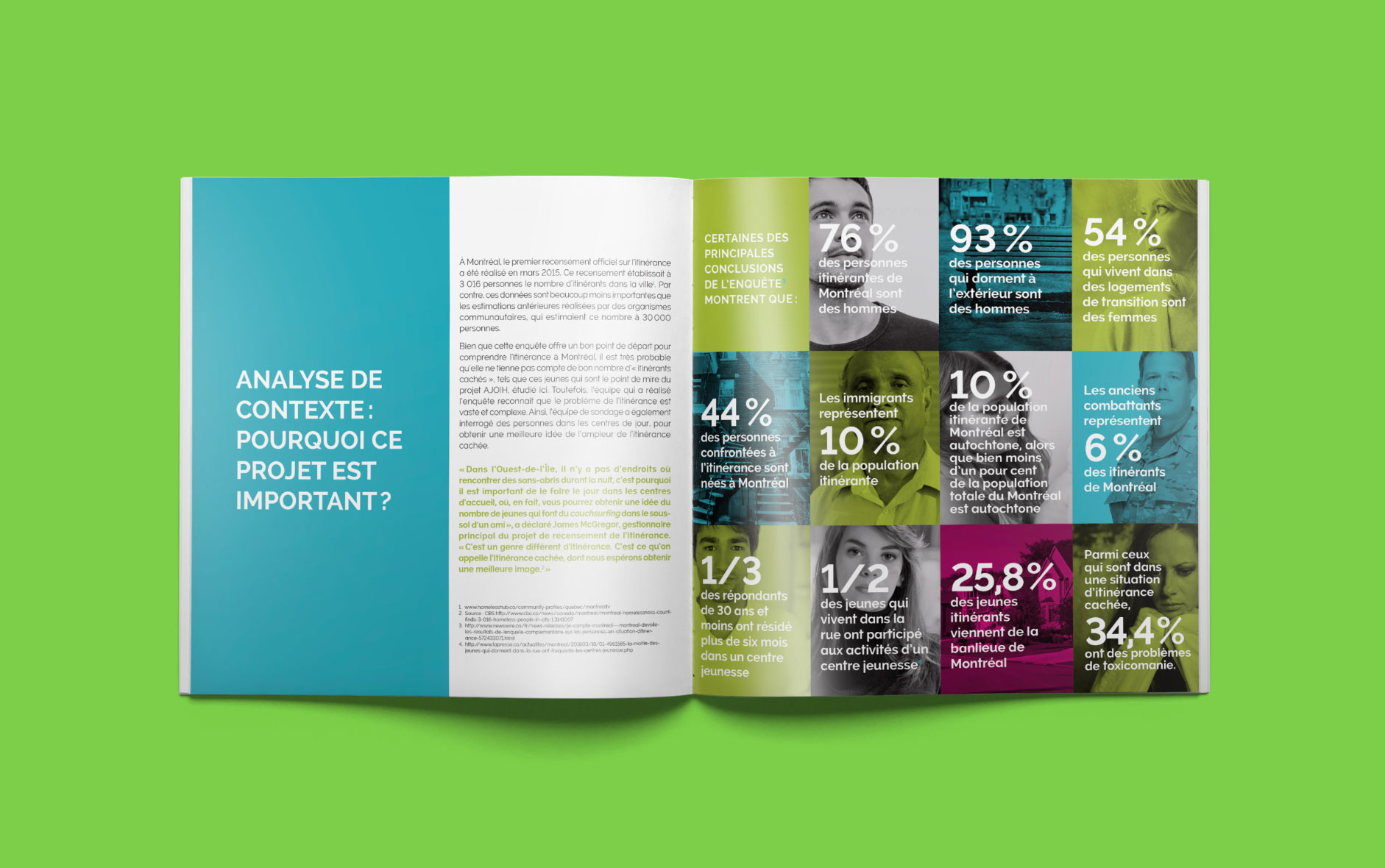 Action Jeunesse de l’Ouest-de-l’Île (AJOI) has provided outreach services to at-risk youth on the West Island of Montreal since 2007. AJOI’s team noticed that the lack of emergency accommodation for West Island youths had become a persistent problem. Without accommodation choices, these young Montrealers were being forced to leave the area and find a solution in downtown Montreal. The lack of services on the West Island directly contributes to their marginalization, by ripping them out of their community and breaking the sense of safety that they’ve developed in their neighbourhood.

AJOI hired a firm to produce a feasibility report for an accommodation centre located on the West Island. Temiscom was then approached to do the page layout for the study and create the centre’s branding so that it could be used for fundraising events.

Get in touch!
Return to main page